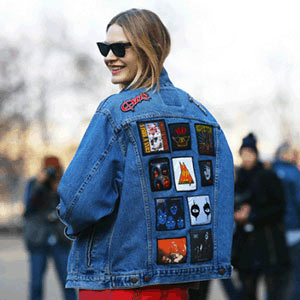 Enhancing the look and design of the garment by adding embroidery on it is one of the oldest known methods. Adding seven up threads in an aesthetically pleasing manner not just elevates the look but also makes it unique and differentiated for the person wearing it. Embroidery although wanted in high demand, has been known throughout the years for being rather expensive, hence was treated to be something for the royalty and the wealthy. However, with the advent of machinery, this process got a lot cheaper, hence became affordable a bit more for the masses. One of the methods to add embroidery onto a garment came to be adding the embroidery patches onto an already created garment, although present in the olden times, gained more prominence within the society after the industrial revolution.

Embroidery patches are used by many people and for various institutions around the world. Usually, people add them to add flavor and vibrancy to their garments while it is also used by the military forces as badges of service or honor as part of their uniform and/or also to show their rank within the force. Many of these patches are also readily available to be bought and used right away. Because of the latest technology, embroidery patches are easy to apply on stuff via iron-on, Velcro, pinning onto the garment and of course the traditional method of being sewn onto the fabric like the appliques.

Along with readily available patches, custom embroidery patches are also provided by embroiderers as people are more about showing their personality now through the fashion they adorn than being the same as everyone else. Custom embroidered patches are obviously more expensive than readily available ones but the customer also has more freedom to do anything with the custom embroidery patch as the possibilities are quite limited otherwise. Custom made patches can be ordered via the traditional site based embroiders but the more popular option now is to submit artworks and images to embroidery providers on the internet where digitizers turn these designs into machine embroidery files which are further embroidered by an embroidery machine. Many of such businesses try to set a minimum range to guarantee a profit margin however, some businesses experiencing economies of scale or the ones with the customer satisfaction being more important factor for them, embroidered patches custom no minimum also becomes the possibility where people can order embroidery patches without having to buy them in the bulk.

For customized embroidery patches digitizing or any digital embroidery needs, contact DigitEMB right away and elevate any and every garment you design from now onwards.