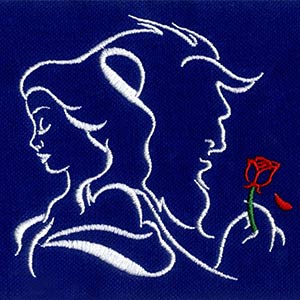 Embroidery Art is the handicraft in its primitive age. Now it is that much modified that a person of the old times gets astonish. You can art embroidery designs according to your need. These can be as simple as a floral design as well as can be as complex as a custom embroidery patch. Traditional as well as modern embroidery designs art is available across the globe. Art of embroidery can exists in various forms. For e.g. vector art services in which a pattern of embroidery is saved as a vector which is used by the embroidery machine for the creation of embroidery of the pattern as well as its digitizing. Another example is graphic art services in which a graphic pattern for e.g. any photo can serve as the base which is digitized and finally used by the embroidery machine for the creation of embroidery patterns of elegant appearances. Logo art design is also utilized for the embroidery of fabrics. These logos are used for the marketing and branding of many products by the majority of the business corporations.

It is considered as a conspicuous truth that in the course of the growth of embroidery, the material as well as the technique did not change. These are felt to be of the same standard as it used to be in the ancient times. In the additional sophisticated phase, these are almost possessing the same basic foundations. The technological achievements as well as sky-scraping standards of the embroidery that were available in the ancient age are hardly found in the modern times.

A computerized embroidery machine is used these days. It is incorporated with specialized digitizing software. Most of the up to date & fashionable embroidery is created by them. A wide range of fills are present in the machine embroidery. These are used to impart different types of designs as well as textures to the final embroidery project. Machine embroidery can also be utilized for the creation of monogram as well as logo for the stitching of trade shirt & jacket, gift, apparels of teams. It is also used for the purpose of decoration of linen, drapery, fabric as well as much other home stuff. Machine embroidery has largely mimic the embroidery of ancient times that was created by hand and other manual means.